Ruth-Ann Thorn focuses on interviewing artists to document their interpretation of their life’s story and art.

When the COVID-19 outbreak temporarily shut down local businesses, including Exclusive Collections Gallery in Solana Beach, owner Ruth-Ann Thorn sought a way to keep art alive during the three-month closure.

She came up with a Facebook Live “Art of the City” series of national artist interviews streaming at 1 p.m. on Mondays, Wednesdays and Fridays. “I’m no Barbara Walters,” chuckles Thorn, who plays each interview by ear. “I try to talk to the artists the day before and get to know them a little, and then we just riff.”

She explains that her primary focus is reaching viewers who aren’t art people and bringing them into a new world. “I am all about the power of art,” she says.

Recently she has focused on celebrities who also are artists, interviewing filmmaker Chris Eyre and drummers Chad Smith, of the Red Hot Chili Peppers, and Rick Allen of Def Leppard.

On July 27 she’ll feature former child prodigy Autumn de Forest, who has painted since age 5. On July 29, she’ll sit down with singer-songwriter Bobby Whitlock, who took up painting at age 70.

Before the pandemic, Thorn already was on a self-propelled mission of opening the public’s eyes to a fourth dimension of art — the human dimension.

It’s one thing to look at a painting or sculpture and have it speak to you, she reasons. It is quite another to have artist speak to you about his or her life’s experiences, home environment, emotions and even internal demons that shape the artwork they create.

After all, wonders Thorn, if Toulouse-Lautrec didn’t live in Paris and paint figures inspired by the bohemian life around him, would he have become a post-Impressionist art icon?

With the goal of exploring art through the artist and his or her surroundings, she personally bankrolled visits to New Orleans and Santa Fe, N.M. with a film crew to create a series of mini-documentaries focused on living artists. (Trips to New York, Hawaii and Los Angeles have been sidelined by COVID-19).

She theorizes that art, music and literature will convey our era’s history for future generations, so we must hear directly from the creators while they are still living.

That’s why Thorn probes for the personal stories — the upbringing, family life, setbacks, triumphs and tragedies that give their art context. She wants to know why they live where they do and chooses artists who have spent 20 years or more in the same city or town.

She created 13 episodes before the coronavirus derailed her travels, and is offering the docu-series to travel, lifestyle and public TV networks.

This week, PBS in New Orleans notified Thorn that it wants to use her interview with Black artist Willie Birch, 77, who rose from poverty to exhibiting his work in the Metropolitan Museum of Art.

“All are artists I felt have made an impact on the world and their story needs to be told,” she says, adding that most artists overcame major obstacles. She cited sculptor George Rivera whose work took on a new dimension after the death of his young son, sculptor James Hubbell whose vagabond life as a child lured him closer to nature as an adult, and Birch “who had to fight for the right to enter a museum.”

When granting an interview, artists often tell her: “I don’t want to talk about anything personal.” But then they do after Thorn puts them at ease by sharing stories of her own hard-knocks life. 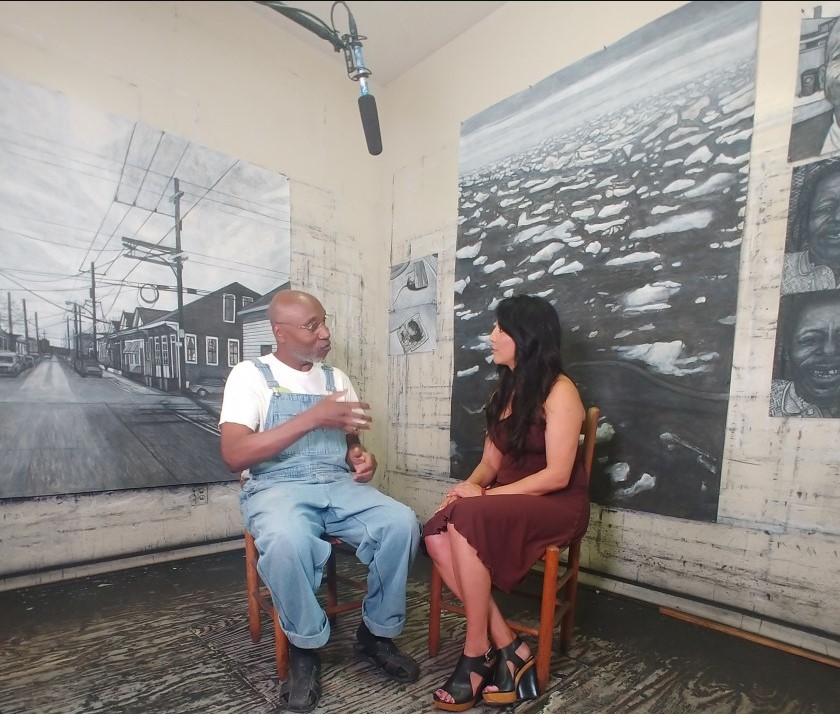 She was born in San Francisco during the 1960s Haight Ashbury hippie movement to a 17-year-old mom of Dutch-Chinese heritage and a Native American father who took part in the 1969 occupation of Alcatraz. Her parents split, and she moved to San Diego in her early teens to be close to her father’s roots at the Rincon Reservation here, where she is a tribal member.

By 14 she dropped out of school, became homeless, resorting to couch surfing at night. She says she began smuggling small amounts of cocaine across the Mexican border to survive and, luckily, was never caught. It wasn’t until after she was robbed and raped during a drug deal gone wrong that she says she turned to using drugs herself.

After her second near-fatal overdose, she had dropped to 85 pounds, was broke and knew she wouldn’t survive if she didn’t change her lifestyle. Some good breaks followed and she reunited with her artist mother, Gloria Lee. They decided to go on the road conducting pop-up art shows and sales.

In 1998, they started their first Exclusive Collections (EC) Gallery in downtown La Jolla. Then they opened in Fashion Valley, followed by the Gaslamp Quarter, Seaport Village, Laguna Beach, the Forum Shops at Caesars in Las Vegas and in Beverly Hills. Eventually, they slimmed down to just the one gallery in the Cedros Design District of Solana Beach.

“I don’t need to make a bunch of money,” says the single mom, who lives in Mission Hills. But she is eager to expand the art appreciation audience. “People lose out on such a great part of living if they never really connect with art. It’s an incredible tool for inspiring people in their lives.” 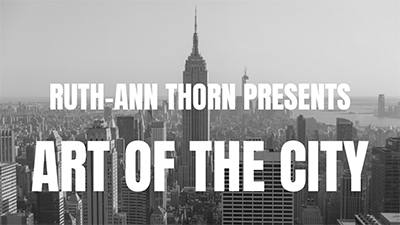